I grew up watching black and white Shirley Temple movies, instantly falling in love with her perfect ringlets and undeniable dimples. 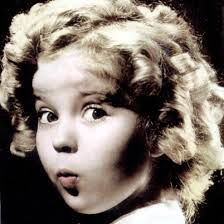 Of course I saw myself as Heidi living in the Swiss Alps with my gruff German grandfather learning how to milk goats and wear clogs. And as the adorable little orphan in Curly Top singing about animal crackers in my soup and also as the feisty little southern belle dancing down the stairs with Bojangles Robinson himself in The Little Colonel. 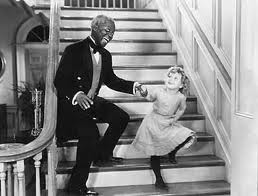 Whether it was intentional on her part or not, my mother made me a huge nerd. She’s the one who introduced me to Shirley in the first place. She deemed her a worthy role model, letting me dress up as her in third grade complete with a top hat, cane, and the best ringlets my straight hair would hold. She helped me with my book report on her that same year and it was my proudest accomplishment of third grade, next to my kick-ass volcano.

When I think of the role models my daughters might have, I get a little worried to put it mildly. Remember cute little Hannah Montana? 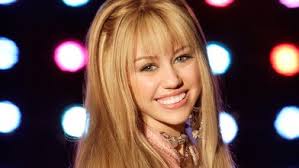 Well, I don’t know if she was ever cute or innocent, but I’m sure a lot of young girls watched her with the same adoration I had when I watched Shirley. And we all know how that ended…a twerking nightmare.

I can just imagine if Shirley Temple was a child-star today. How she’d grow up to shed her “nice girl” image claiming that performing half-naked with her tongue hanging out of her head was staying true to herself as a performer. She’d sing “On the Good Ship Lollipop” wearing assless chaps humping a giant foam sucker and twerking till the cows came home cause that’s what entertainment is these days.

Forgive me, Shirley. You would never stoop so low. Plus, you had real talent. You were, and still are, America’s Sweetheart for a reason, not because your daddy had an Achy Breaky hit in the early 90’s. I know my daughters will see the same magic in you that I saw and I can’t wait to share your movies with them.

To sum up, the nerdification of my daughters will definitely be intentional. They will wear glasses whether they need to or not. They will idolize Shirley Temple and play with horses until they’re eighteen. They will never listen to pop music and will never leave the house. Only now as mother do I understand why I couldn’t watch Dirty Dancing when I was nine and was twenty the first time I watched Pretty Woman. Like I said…total nerd. 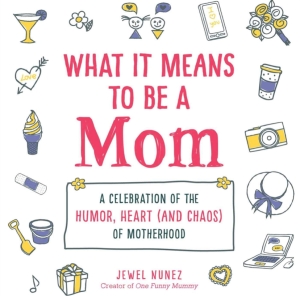 I know this now! 🙄 I also know that @stonecolddaddy is insanely funny and you need to be following him!
Friday Night Flirting 🍕 Check out & follow the hilarious & super relatable @kidversations_
This is how I cope 💯 Follow the all-around-awesome @thedevelopermom for the funniest memes around!
I’m the queen of this! 😂 And @askatewouldhaveit is the queen of funny! Follow her for more laugh out loud moments!
Guaranteed! 😭 @kids_kubed is outrageously funny! Follow her asap so you don’t miss out!
Facts! 😂 Follow the super funny @thatmidwestmom for more gems like this one!